The Universe Brought Me a Building

Like everyone else, TKB started out in a basement.  That was way back in 1995.  Over the years, the basement expanded into a bedroom and then from a bedroom into a flat.

We were in that flat for a long time.  Van studied for her citizenship exam there.  I would yell to her over the boxes "What are the three Branches of government?" or "Who are our Senators?"  and she would proudly end up educating me about things I long forgot.

There was the The Great Green Disaster of '08.  I won't point fingers at who made the decision to over-burden our shelves with liquid dyes.  Needless to say the next day we laughed at our foolishness as we mopped up about 50 gallons of green dye.

There was The Great Missing Kisses Disaster of '12.  Again, to protect the innocent I won't mention who forgot to order enough sifters to go with our jars.  For two months while we waited for production to finish, we scrambled week by week to find quick-ship suppliers to keep us in sifters so we could fill orders.  I got so sick of Van coming up and telling me we were out of sifters again, I insisted we start calling them Kisses.  "I don't want to hear another damn thing about being out of sifters!" I insisted, "Tell me we are out of kisses and at least I can do something about that!"

We also witnessed the changing of the world on 9/11.  That was such a sad day. I had to work but I kept running to the TV to see what was going on.  Van continued to work hard as usual, ignoring my restlessness.  Finally at the end of the day I asked her, "You realize that this was a hugely important day, don't you?" And she smiled and said "Yes".  That smile irked me and I snapped, "What do you think is important about it?"  "It's my birthday!" she replied.  We laughed through tears that day.

Anyway, I'm rambling.  About 10 years of rambling in that flat until we got so crowded we could be standing three feet away from each other and not see the other person.  We had to yell just to get our voices over the tops of boxes.

I kept moaning that we needed to move to a bigger place but I didn't have time to look and I didn't think we could find what I wanted.  Because I knew exactly what I wanted:  I knew the size and the location and the price that I could afford.  I just had no idea how it was going to find me.

And then, one day someone knocked on my door.  A couple of complete strangers -- brokers as it turned out -- with a flyer in their hand.  That flyer was for the exact building I had imagined.  Down to every detail.

Maybe it strikes you as anti-climatic that the universe came to me dressed in suits.  But actually, no one every knocked on my door except the FedEx driver.  And, the building they showed me was in a completely different neighborhood; it wasn't as though they were canvassing the neighbors.

When I asked them why they knocked, they explained that they had just opened their company that week and they were trying to find clients, so they figured they would just start knocking and I was the second door they chose.

So maybe you will now believe me when I say that the "Universe" (with the help of the SBA, a lender, a few brokers, and some contractors, as well as my co-workers and husband) brought a building to TKB.
Moments like these are what have kept me going.  I hope you also have many such moments in your lives. 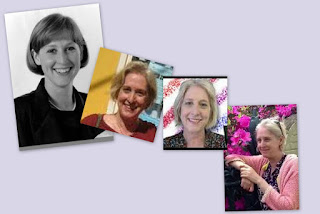 Hello! Mrs. Westerman, first I would like to thank you for sharing your story. You have truly inspired me to strive in my passion and continue to chase my dreams! I am 23 years young, a makeup artist, and licensed Esthetician in Atlanta, Georgia. Reading about how the universe blessed your hard work gave me chills! I’m a firm believer in putting good into the universe to receive good back and speaking things into existence. I hope to build, brand, and succeed in my businesses like TKB! God Bless ♥️